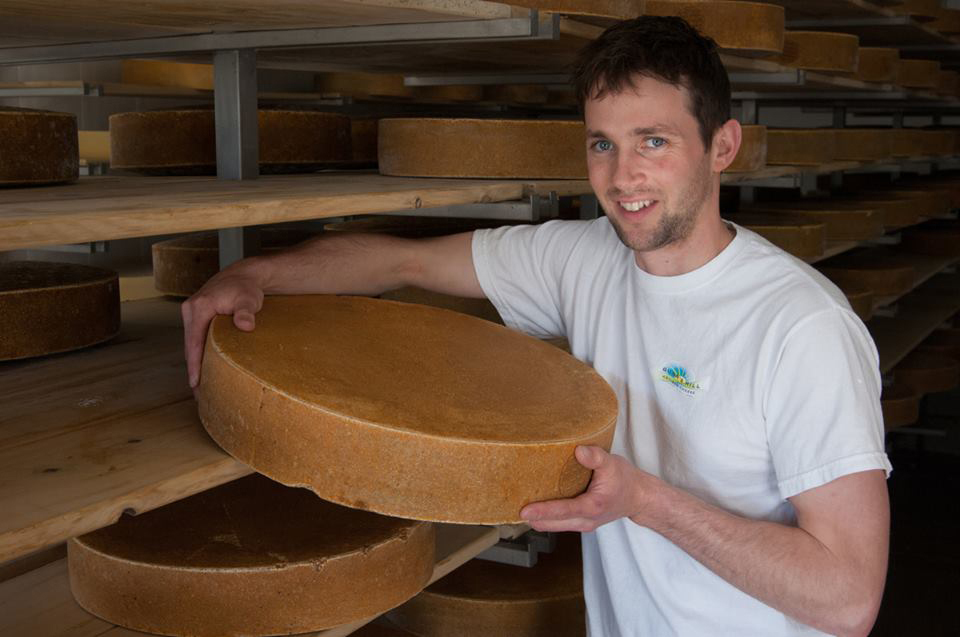 You can taste the Swiss influence in the cheeses hand crafted by Shep Ysselstein, owner and cheesemaker at Gunn’s Hill Artisan Cheese. Shep spent a summer on a cheese-producing farm in the Swiss Alps to learn the craft when he decided to expand his family’s dairy farm into a cheese-making operation.

Since then, Shep has become a celebrated Canadian cheesemaker, and his Handeck cheese was crowned the Best Farmhouse Cheese in Canada in 2015. Handeck is a Swiss mountain style cheese made with cow’s milk. Gunn’s Hill also produces Oxford’s Harvest, a washed rind cow’s milk cheese modeled after an obscure Swiss cheese called Mutchli; and Five Brothers, a washed rind cow’s milk cheese that combines the traits of two cheeses: Gouda and Appenzeller.

Sample and purchase Gunn’s Hill cheese at The Great Canadian Cheese Festival. There will be about 150 Canadian artisan and farmstead cheeses on offer, plus 200 specialty foods, not-to-mention small-batch wine, craft beer and cider, and spirits.