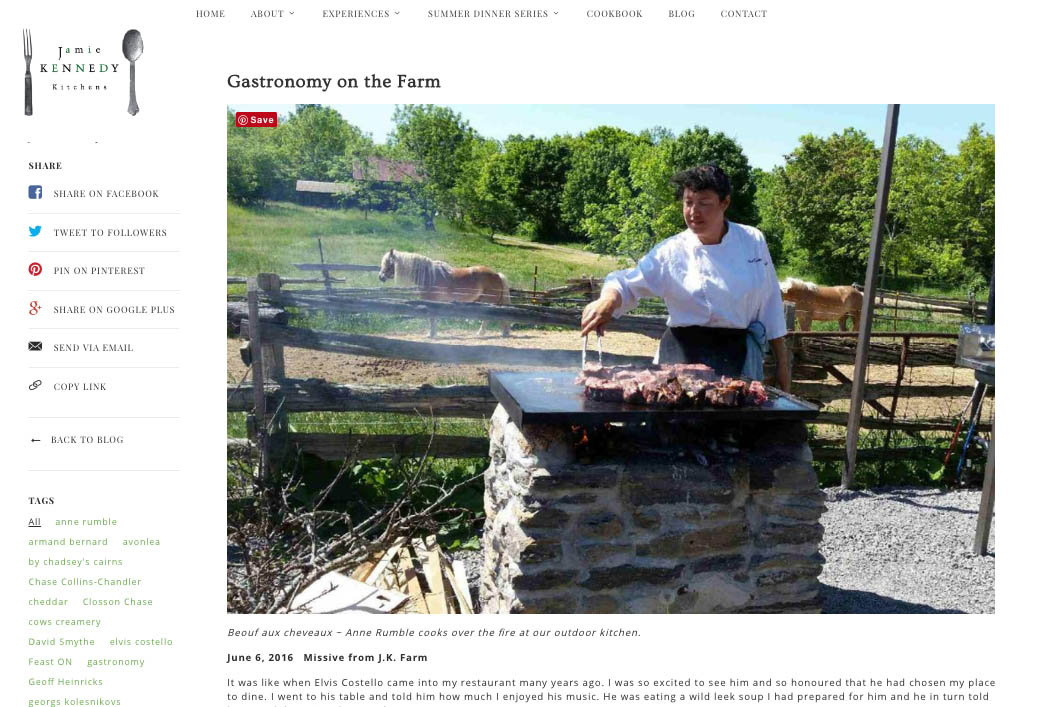 It was like when Elvis Costello came into my restaurant many years ago. I was so excited to see him and so honoured that he had chosen my place to dine. I went to his table and told him how much I enjoyed his music. He was eating a wild leek soup I had prepared for him and he in turn told how much he enjoyed my work.

I had a similar experience this past Saturday on the farm. For many years I have been a fan of the Avonlea clothbound cheddar . . . read more 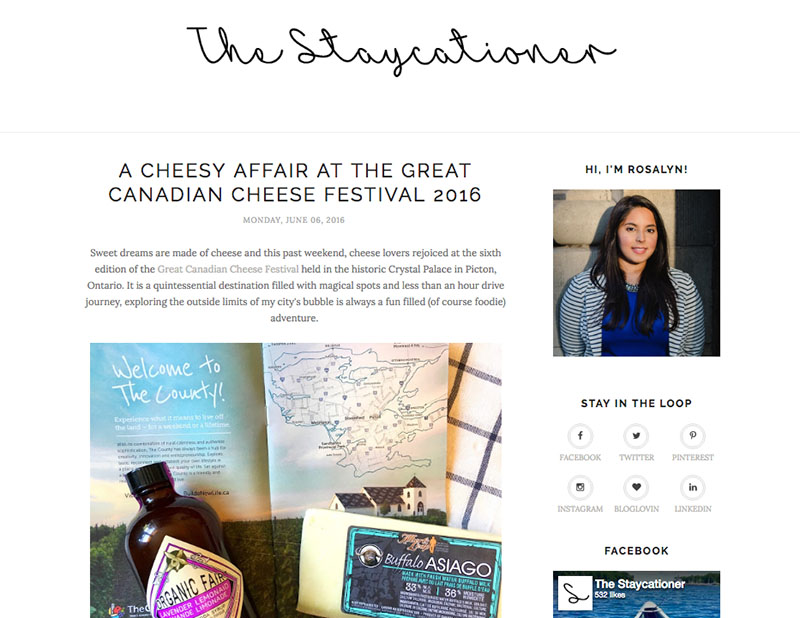 Sweet dreams are made of cheese and this past weekend, cheese lovers rejoiced at the sixth edition of the Great Canadian Cheese Festival held in the historic Crystal Palace in Picton, Ontario. It is a quintessential destination filled with magical . . . read more 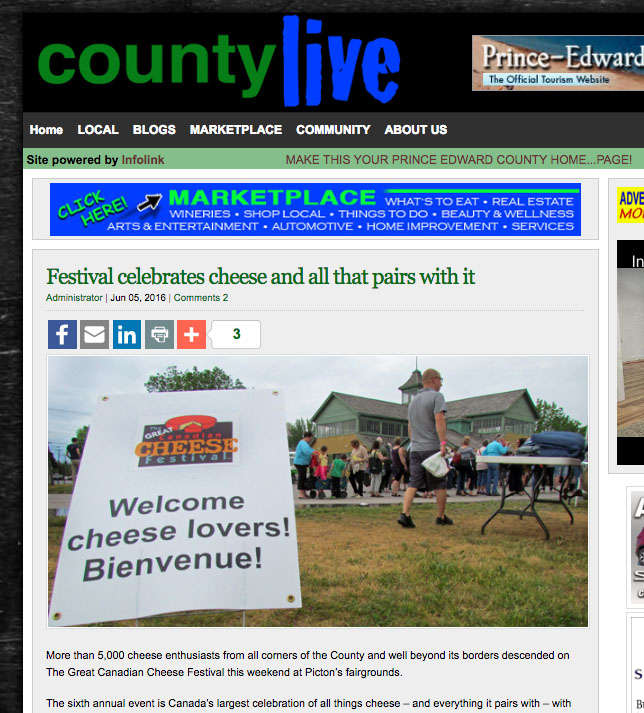 More than 5,000 cheese enthusiasts from all corners of the County and well beyond its borders descended on The Great Canadian Cheese Festival this weekend at Picton’s fairgrounds. 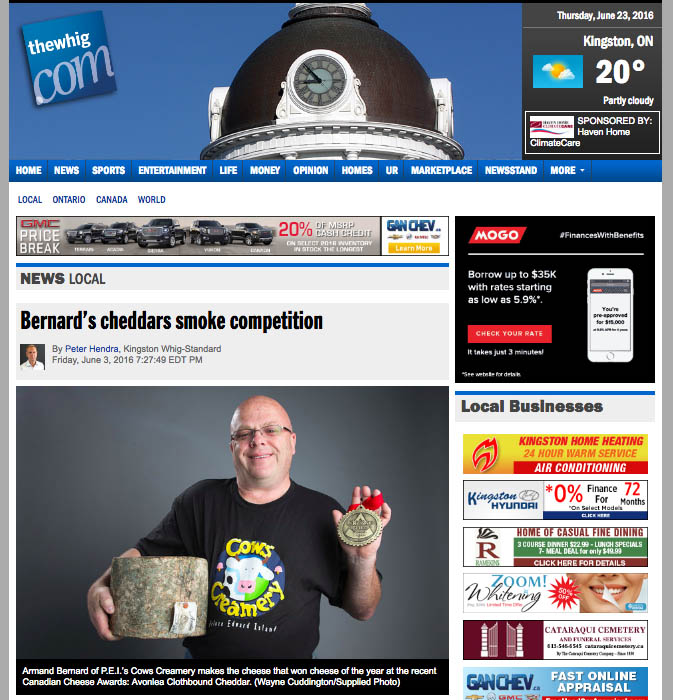 If Armand Bernard was the type of person who liked to show off, he could have been mistaken for swimmer Michael Phelps at the Charlottetown airport a few months ago. It’s not that he and the American Olympian look alike, it’s what they could drape around their necks: gold medals, and plenty of them.

Bernard is the cheesemaker for P.E.I.’s Cows Creamery, which took home five first-place finishes at April’s biennial Canadian Cheese Awards, including cheese of the year for the company’s signature Avonlea Clothbound Cheddar.

Bernard and his company’s cheddars — its smoked cheddar also won gold — will be among the special guests at this year’s Great Canadian Cheese Festival . . . read more 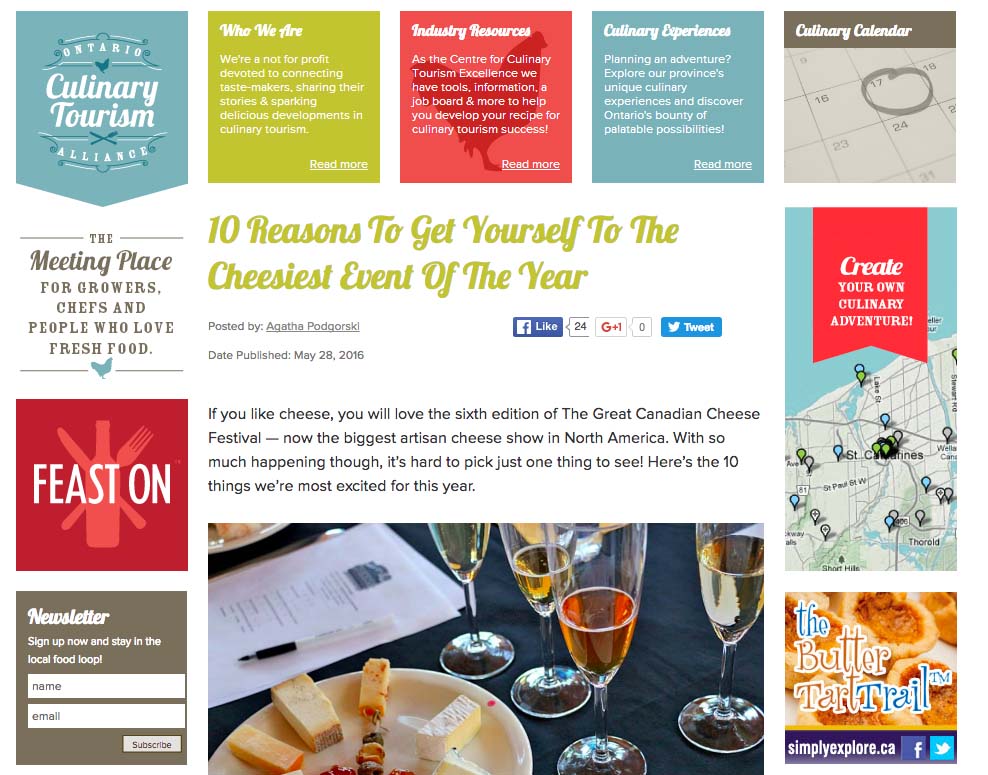 Whether your tastes run to triple-cream brie or vegan cream pies, there’s a delicious destination for you this weekend.

In Picton, less than a three-hour drive from Ottawa, the fifth annual Great Canadian Cheese Festival will feature more than 150 cheeses from 40 Canadian artisan cheese producers, including the now almost-impossible-to-obtain Laliberté, the triple-cream brie that recently won best cheese in Canada.

That festival, which regularly attracts about a third of its visitors from Ottawa, also includes a strong contingent of Ottawa-area producers and products . . . read more 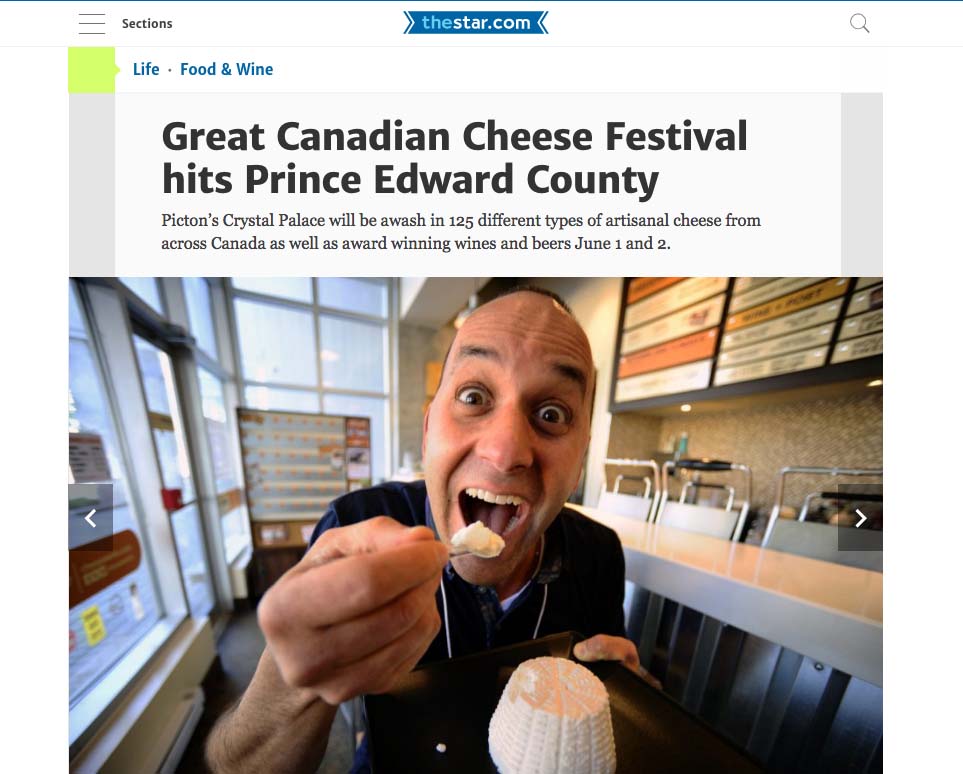 The Best of the Fest…Cheese Festival that is!

From the Ontario Festivals Visited Blog

From the Ontario Culinary Tourism Alliance 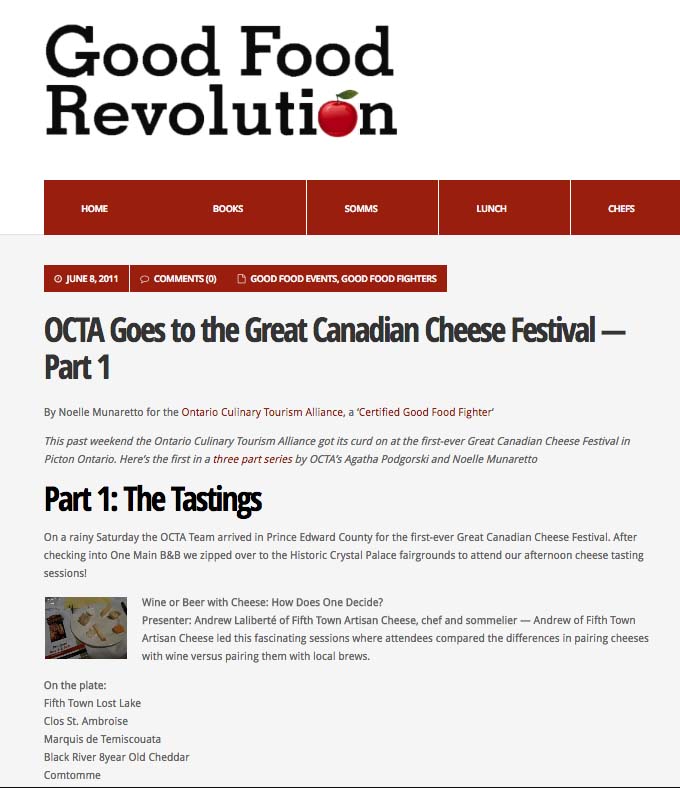 Even some foreign coverage . . .

We even were covered in “foreign” media, in the newspaper Latvia in the Americas. 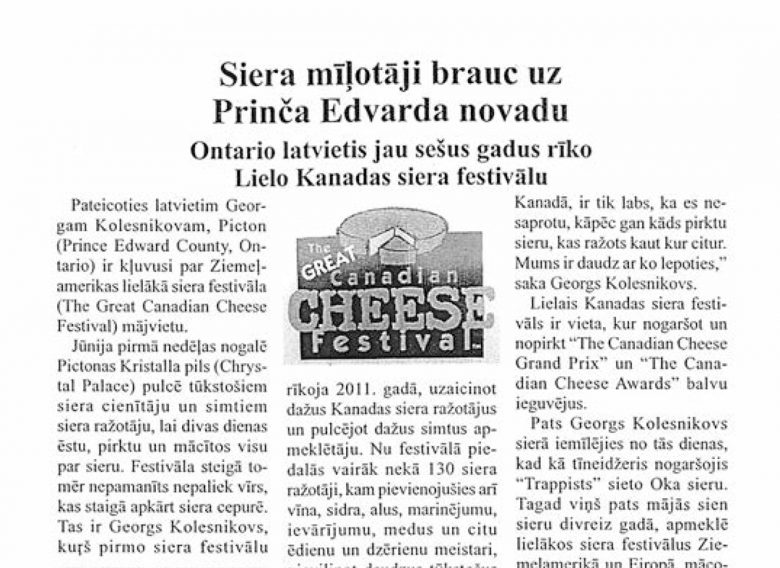