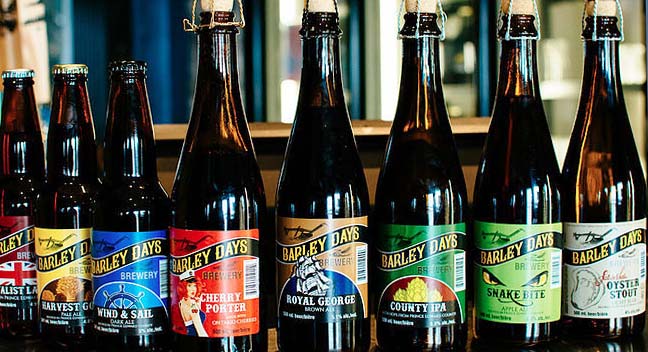 From 1860 to 1890 Prince Edward Counties strain of barley was reputed worldwide as the best malting barley available. The brewers in New York State’s appetite for the local barley was in such demand that the grain covered over 1/3 of the areas culitaved farmland. Barley changed the land and economy so much so that the era was for ever known as “The Barley Days.”

HUGE FLAVOUR in small batches every beer has a story to tell you should take the time to listen.