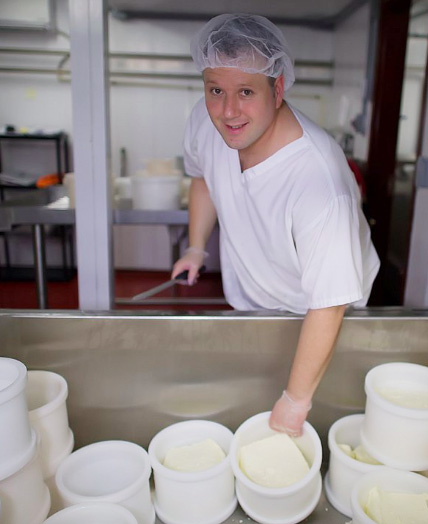 Fromagerie Montebello was started up by two men, Alain Boyer and Guy Boucher. Alain, had been a cheese maker for several years in Plaisance. Guy, was a trained accountant. Both men shared the dream of one day owning a cheese factory.

The two joined forces; Guy took over the financial planning and Alain tackled the production side. Alain quit his job in April 2011 to work full time on the project and Guy followed in June.

Today their business produces fresh cheese in three formats: curds, block and twists. They also have 3 fine cheeses, two with cow’s milk: the “Tête à Papineau” and the “Rebellion 1837”. The third is their sheep’s cheese called “Manchebello”.